Notre Dame welcomes four of the most prominent voices in K–12 education reform for an honest conversation on the extraordinary challenges and opportunities facing our nation’s schools and schoolchildren.

This event will feature the following participants:

Professor David Campbell, founding director of Notre Dame’s Rooney Center for American Democracy and Rev. Timothy R. Scully, C.S.C., director of Notre Dame’s Institute for Educational Initiatives, will serve as moderators for this panel, which will examine issues of educational innovation and reform—as well as the unique role that Notre Dame can and must play in effecting systemic and sustainable improvements in the way we educate our children. 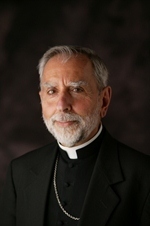 Installed as bishop of Tucson in March 2003, Bishop Gerald F. Kicanas has served in various capacities in the seminary system of the Archdiocese of Chicago for more than 25 years. In addition, he has served in a variety of educational, ecclesiastical, and civic roles throughout the Chicago area. In 1984 he was appointed rector of Mundelein Seminary at the University of St. Mary of the Lake, Mundelein, Ill. Concurrently, he served as a lecturer in community and organizational development at Loyola University. He is currently chair of the board of directors of Catholic Relief Services (CRS) and is a member of the United States Conference of Catholic Bishops’ administrative committee, the USCCB budget and finance committee, and the USCCB communications committee.

He holds a Ph.D. in Educational Psychology, an M.Ed. in Guidance and Counseling from Loyola University, and a Licentiate in Sacred Theology from St. Mary of the Lake Seminary, Mundelein, Ill. 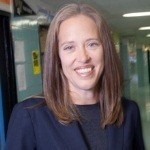 Wendy Kopp is the chief executive officer and founder of Teach For America, whose mission to build the movement to eliminate educational inequity was envisioned in her undergraduate senior thesis. She is also chief executive officer and co-founder of Teach For All, which is working to accelerate and increase the impact of this model around the world.

Today there are more than 9,200 Teach For America corps members in 43 regions across the country, reaching over 600,000 students. Nearly 24,000 alumni are working inside and outside the field of education to continue the effort to ensure educational excellence and equity.

Teach For All is a growing global network of independent organizations pursuing this mission in 19 countries, from India and China to Brazil and Lebanon.
Kopp is the author of A Chance to Make History: What Works and What Doesn’t in Providing an Excellent Education for All (2011) and One Day, All Children: The Unlikely Triumph of Teach For America and What I Learned Along the Way (2000). 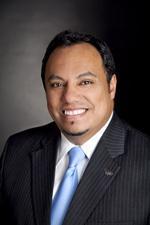 Juan Rangel is the chief executive officer for the United Neighborhood Organization (UNO), metropolitan Chicago’s largest Hispanic community-based organization. Since becoming CEO in 1996, Rangel has greatly increased the scope and impact of UNO, expanding activities within the city of Chicago, as well as among the quickly growing suburban Hispanic communities, building on the success that UNO had reached in its first decade of community organizing.

In doing so, Rangel has sought to refine UNO’s mission to better represent its Hispanic constituents, honoring its immigrant roots and values, challenging it to reach its full potential, guiding it to fulfill its aspirations, facilitating and accelerating its assimilation as our nation’s newest Americans. 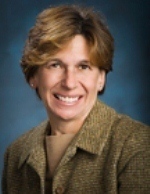 Randi Weingarten is president of the 1.5 million-member American Federation of Teachers, AFL-CIO, which represents teachers; paraprofessionals and school-related personnel; higher education faculty and staff; nurses and other health care professionals; local, state, and federal employees; and early childhood educators. She was elected in July 2008.

Immediately following her election, Weingarten launched major efforts to place education reform and innovation high on the nation’s agenda. In September 2008, Weingarten led the development of the AFT Innovation Fund, a groundbreaking initiative to support sustainable, innovative, and collaborative reform projects developed by members and their local unions to strengthen our public schools.

Weingarten served for 12 years as president of the United Federation of Teachers, AFT Local 2, representing approximately 200,000 nonsupervisory educators in the New York City public school system, as well as home child-care providers and other workers in health, law, and education. For 10 years, Weingarten chaired New York City’s municipal labor committee, an umbrella organization for the city’s 100-plus public sector unions, including those representing higher education and other public service employees.

Weingarten holds degrees from Cornell University’s School of Industrial and Labor Relations and the Cardozo School of Law and served as a lawyer on Wall Street for many years. 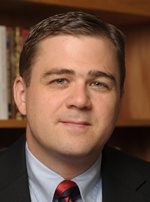 David Campbell is the Director of Notre Dame’s Rooney Center for American Democracy and the John Cardinal O’Hara, C.S.C., Associate Professor of Political Science. Campbell studies, writes and lectures on American politics, political participation, religion and politics, and education policy. He is particularly interested in and articulate about the influence of religions and cultures on political behavior. He is the author of many essays, reviews and books on these subjects, and in n the most recent, “Why We Vote: How Schools and Communities Shape Our Civic Life,” he argues that a strong sense of civic duty springs not only from a person’s contemporary social environment, but also from one’s formative experiences, especially adolescence. 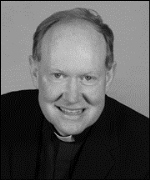 Fr. Scully founded the Alliance for Catholic Education (ACE) in 1993, Notre Dame’s signature program which provides hundreds of talented and committed Catholic school teachers and leaders every year to scores of underserved communities across the United States, as well as overseas. Since its beginnings, ACE has grown to include a wide array of resources and services to underserved faith-based schools throughout the United States, becoming the nation’s premier provider of talent and energy to strengthen and sustain these schools.

Fr. Scully has received many teaching and education related awards. He was awarded the 2007 Crystal Apple Award, a Tribute to Outstanding Educators, from The College of Education at Michigan State University. In 2008 he was awarded the Champion of Catholic Education Medal by the Fulcrum Foundation, the Bishop Dunne 100 Voyager Award, and the Diocese of Worcester’s most prestigious education recognition: Saint Elizabeth Ann Seton Award. In addition, Fr. Scully was awarded the Presidential Citizens Medal by the President of the United States during a ceremony in the Oval Office in December of 2008. Most recently he was awarded the Distinguished Service Award by the Archdiocese of Chicago Catholic Schools in February, 2010.